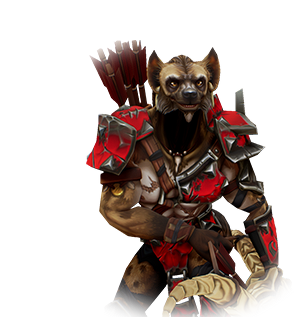 The Gnoll Chieftain is one of the heroes of The Wild Banners in A Year of Rain. He boosts and heals allies, hinders enemies and is a constant, mobile menace with his mighty bow.

Community content is available under CC BY-NC-SA 3.0 unless otherwise noted.