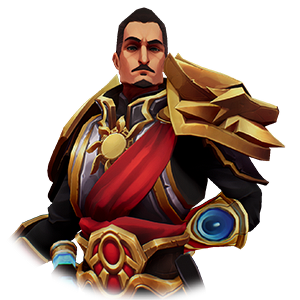 Lord Rupah, who dominates enemies with thunder magic, is one of the heroes of House Rupah in A Year of Rain. He is only playable in the campaign game mode.

Community content is available under CC BY-NC-SA 3.0 unless otherwise noted.